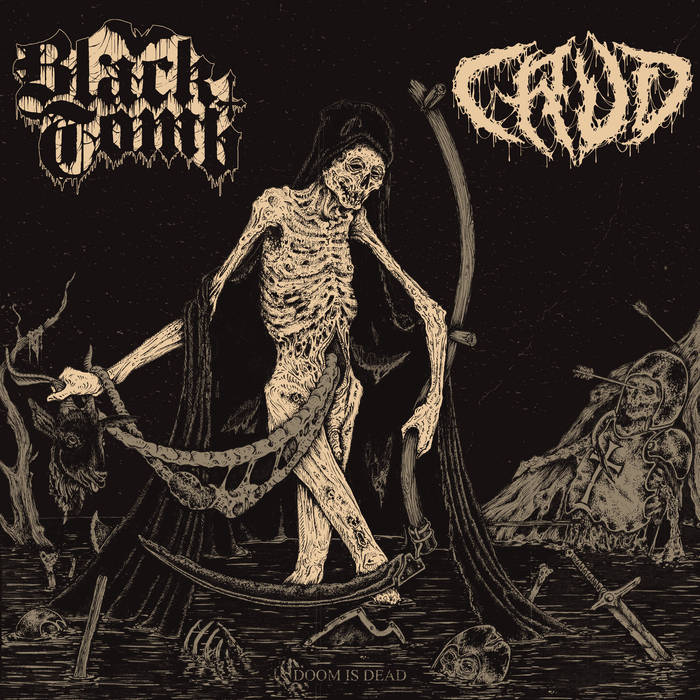 Revolt of the Apes

SPLIT WITH BLACK TOMB
SOLD OUT

Crud can hang with the darkest, most miserable sludge practitioners on the planet. Just look at new song “Catacombs” -Decibel Magazine

Despite logistical difficulties, it’s easy to imagine Crud’s music going down well in a live setting, and “Alone in Vain” is a great example of why; abyssal growls and wretched shrieks both ride above the sludgy guitars and drums which combine typical doom grooves with ferocious fills -Invisible Oranges

How do you like your doom? New England's Black Tomb delivers it through a sludge-driven, nihilistic lens. Florida's Crud, who channels a filthy death-doom that could make you soil your pants. Together, both acts bring a sinister, grim portrayal of doom metal that is certain to appease a listener's darkest and ill-fated iterations -Metal Injection

CRUD is an American doom band based in Miami, FL. Originally formed as a drum and bass two piece in 2015 by Mariel and Julie, they were later joined by Kris on guitar and Andy on vocals. Known for their blend of death doom and sludge metal, they digitally released their debut album, RESIN, in April of 2016 before releasing the album on vinyl through Totem Cat Records in March of 2017. ... more

Bandcamp Daily  your guide to the world of Bandcamp